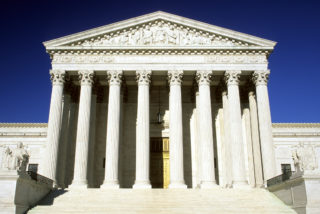 While he often kept us guessing about how he might vote in politically significant cases, retiring Justice Anthony Kennedy was far more predictable on class action issues over the course of his 30-year tenure on the Supreme Court. This post briefly analyzes Justice Kennedy’s voting record in class action-related cases.

In cases involving class certification, Justice Kennedy has consistently voted in favor of more stringent application of Rule 23 requirements. He sided with the majority in AmChem Products, Inc. v. Windsor (1997), a Rehnquist Supreme Court decision holding that all Rule 23(b)(3) requirements except trial manageability must be satisfied for settlement class certification in Rule 23(b)(3) cases. Justice Kennedy also voted with the majority in Wal-Mart Stores, Inc. v. Dukes (2011) and its beefed-up commonality requirement; and again two years later in Comcast Corp. v. Behrend (2013), which required class-wide theories of damages to be logically tethered to the class claims and supported by class-wide proof.

Likewise, Justice Kennedy’s record in cases in which the Federal Arbitration Act (FAA) was invoked to oppose collective redress under class action procedures reveals a justice uniformly defending the FAA.  Justice Kennedy voted with the majority in Stolt-Nielsen S.A. v. Animal Feeds Int’l Corp. (2010), ATT&T Mobility v. Concepcion (2011), and American Express Co. v. Italian Colors (2013), all decisions either upholding class action waivers or declining to allow class litigation in arbitration unless the parties expressly allow for the same in their agreement. He likewise sided with the majority in Epic Systems v. Lewis (2018), a 5-4 decision issued this term, holding that the National Labor Relations Board could not, consistent with the FAA, invalidate arbitration provisions and class action waivers in employment agreements. Even Justice Kennedy’s vote as part of the unanimous decision in Oxford Health Plans, LLC v. Sutter (2013), holding that an arbitrator did not exceed his powers in interpreting an arbitration agreement to authorize class-wide arbitration even though the agreement did not expressly address the subject, is (in our view) rightly viewed as less a pro-class action vote and more a pro-arbitration one. The general sentiment of that opinion is that if the parties give the arbitrator the authority to decide the meaning of an arbitration clause, and do not expressly preclude class arbitration in the agreement, the parties have chosen to have the arbitrator be the final word.

Justice Kennedy also sided with the majority in a variety of other cases significant to class action defendants, including:

The justice did, on rare occasions, side with the Supreme Court’s more liberal wing in cases involving class action issues. Perhaps the most notable is Tyson Foods, Inc. v. Bouphakeo (2016), the lone class action-related opinion authored by Justice Kennedy. In Tyson Foods, an FLSA overtime pay class and collective action, the Court declined to adopt a rule prohibiting statistical or “representative” evidence to prove class certification. Justice Kennedy’s opinion held that such evidence’s admissibility depends on its reliability and on whether such evidence would be admissible in an individual action to prove or disprove an element of a plaintiff’s claim. The 7-2 decision noted that the ruling did not deprive (on the facts of the case) the defendant of the ability to litigate individualized defenses, thus hinting that the decision may not have significant applicability apart from specific fact patterns in FLSA cases.

Another example of Justice Kennedy aligning with the more liberal wing of the Court is Campbell-Ewald Co. v. Gomez (2016), a 6-3 decision holding that an unaccepted offer of judgment did not moot the claims of a class action plaintiff. (Campbell-Ewald contrasts with Genesis HealthCare Corp. v. Symczyk (2013), where Justice Kennedy sided with the majority in a 5-4 decision upholding a similar “pick off move” by a collective action defendant.) Justice Kennedy joined the 9-0 Court in Smith v. Bayer Corp. (2011), holding that a denial of class certification by a federal court was not res judicata so as to allow the federal court to enjoin a subsequent class action in state court by putative members of the first class action. It might be observed that any contrary holding would have required a fairly aggressive interpretation of both federal preclusion law and the Anti-Injunction Act. Mississippi ex rel. Hood v. AU Optometrics Corp. (2014), holding that a parens patriae claim by the State of Mississippi did not qualify as a “mass action” for removal purposes, could hardly be viewed as class action-friendly activism given the 9-0 vote, and rather involved an uncomplicated application of the mass action provisions of CAFA.

All in all, in class action-related cases, Justice Kennedy’s voting record does not vary significantly from that of any of the conservative justices on the Rehnquist or Roberts Courts.  Whatever pronouncements or predictions one might wish to make about the jurisprudential leanings of Judge Brett Kavanaugh (recently nominated by President Trump to fill Justice Kennedy’s seat), it would be a challenge for him to be markedly more conservative or more favorable to business than Justice Kennedy has been on Rule 23 issues.