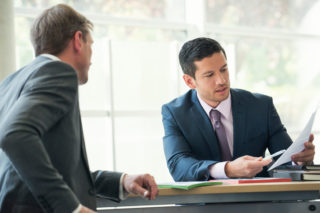 In the final post of this series addressing competing class litigation, we’ll analyze the sparingly used but sometimes viable strategy of seeking an injunction against a competing class action. Under limited circumstances, it may be possible for a defendant to enjoin prosecution of a competing class case. To the extent a federal court is authorized to issue such an injunction, its authority derives from the All Writs Act (AWA), 28 U.S.C. § 1651, and exceptions to the Anti Injunction Act (AIA), 28 U.S.C. § 2283.

The AWA provides that “[t]he Supreme Court and all courts established by Act of Congress may issue all writs necessary or appropriate in aid of their respective jurisdictions and agreeable to the usages and principles of law.” The AIA provides that “[a] court of the United States may not grant an injunction to stay proceedings in a State court except as expressly authorized by Act of Congress, or where necessary in aid of its jurisdiction, or to protect or effectuate its judgments.” In limited circumstances, these statutes together enable a federal court to take the extraordinary step of enjoining activity being undertaken in a state court, an injunction to which the state court must accede under the Supremacy Clause of the U.S. Constitution.  Recognizing the extraordinary force of a federal injunction, the courts have likewise recognized that such should be used sparingly; the AIA’s core message is one of respect for state courts. As such, in order to be sustainable on appeal, any injunction of a state proceeding must fit within one of the AIA’s three exceptions:

In Aid of Jurisdiction Exception

The “in aid of jurisdiction” has been used in other contexts in class action litigation, as well – if rather sparingly.  In Winkler v. Eli Lilly & Co., 101 F. 3d 1196, 1203 (7th Cir. 1996), for example, the Seventh Circuit, while vacating an AIA injunction as overbroad, held that the AWA and AIA “permit a district court . . . to issue an injunction to safeguard a pre-trial ruling like [a] discovery order. . . .” (see also Newby v. Enron Corp., 338 F.3d 467, 476 (5th Cir. 2003) (district court’s stay of discovery in related state court action appropriate under All Writs Act); In re Prudential Ins. Co. of Am. Sales Practices Litig., 261 F. 3d 355, 364-69 (3rd Cir. 2001) (affirming injunction preventing opt-outs from using evidence, or engaging in motion practice, pertaining to settled class action claims in individual lawsuits; “the All-Writs Act and the Anti-Injunction Act do extend to discovery”)). On the other hand, many courts have held that the mere existence of a parallel lawsuit that seeks to adjudicate the same in personam cause of action does not itself provide sufficient grounds for an injunction against a state action in favor of a pending federal action.  Protection of a trial date in the federal court, for example, has been found to be insufficient to support an injunction against a competing state case  (Ret. Sys. of Ala. v. J.P. Morgan Chase & Co., 386 F.3d 419, 430 (2d Cir. 2004)).

The AWA also permits injunctions against state proceedings where necessary to “protect and effectuate” the federal court’s judgments.  Known as the “relitigation exception,” its applicability turns on principles of claim and issue preclusion, which are to be strictly and narrowly applied (Chick Kam Choo v. Exxon Corp., 486 U.S. 140, 148 (1988)). Because the state court’s erroneous refusal to give preclusive effect to a federal judgment can be reviewed by state appellate courts and ultimately the U.S. Supreme Court, a federal court should ordinarily not dictate to a state court the preclusive consequences of the federal court’s judgment (“[E]very benefit of the doubt goes toward the state court”  Smith, 131 S.Ct. at 2376).

The Supreme Court’s decision in Smith v. Bayer Corp., 564 U. S. 299 (2011), its most recent pronouncement on the relitigation exception, casts doubt on whether that exception has any vitality outside the context of a final federal judgment on the merits.  Smith involved competing federal and state product liability class actions against Bayer, the manufacturer of a prescription pharmaceutical. The federal case was filed approximately one month before the state action; both cases proceeded through discovery and toward class certification.  The trial court denied class certification in the federal action, on predominance and commonality grounds, and Bayer then sought an injunction from the federal court, seeking to have the state court prevented from entertaining plaintiffs’ motion to certify a statewide class.  The district court granted the injunction, a ruling upheld by the Eighth Circuit.  The Supreme Court unanimously reversed.

The Supreme Court held that because the analysis for class certification under Fed. R. Civ. P. 23 was a different question from the state court’s analysis of its own class action rule, there was no identity of issues in the two actions regarding class certification.  The Supreme Court also held that an unnamed member of a putative and uncertified class could not be deemed a party for preclusion purposes, and thus that there was no identity of parties. The Supreme Court noted awareness of the problem of “serial relitigation of class certification,” but observed that the passage of CAFA enables defendants to remove most significant class actions to federal court, where either MDL consolidation under 28 U.S.C. § 1407 or “principles of comity” among federal courts should minimize conflicting certification decisions.

Certain dicta from Smith (“whether and how prior litigation has preclusive effect is usually the bailiwick of the second court,” 564 U.S. at 307) suggests that the relitigation exception will only apply when the second case presents identical issues actually decided in the first case and both cases involve identical parties.  Nevertheless, the Supreme Court’s invocation of comity principles and its stated awareness of the potential abuse of seriatim class certification motions can certainly be relied on by a defendant in defending a second such motion after having once defeated certification.

One weapon decidedly not in a defendant’s arsenal in dealing with competing class actions is an anti-suit injunction by a state court against a federal court.  The law is settled that a state court has no authority to enjoin prosecution of federal court in personam proceedings, even if the state proceeding has been reduced to final judgment (see Gen. Atomic Co. v. Felter, 434 U.S. 12, 12 (1977) (per curiam); Donovan v. City of Dallas, 377 U.S. 408, 412-13 (1964)).